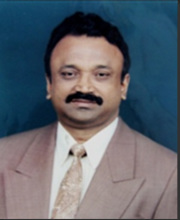 ‘SWAMI SIR’ as fondly cherished by PGs of BIR, Prof. T.S. Swaminathan headed  BIR as its director from 2004 to 2008, during which BIR attained great heights   acaedemically  and which again can rightly be called its golden period.

He started his medical career in 1973 with M.B.B.S from Madras University, DMRD in 1976 during which he was awarded distinction. After a short tenure in the departments of anatomy and radiology in Madras Medical College, he went on to do his MD in Radiodiagnosis in 1990.

With his vast experience since 1986, he nurtured BIR with his novel  ideas – morning powerpoint presentations,  expansion of library, subscriptions for international radiology journals and so on, making teaching and learning on par with international standards.

The BIR museum  , an invaluable asset to our alma mater – one of the richest radiology collections that has become legendary country wide  was founded during  his tenure in 2006-2007 with the help   of his late assistant professor Dr.R.Ravi and a then  final year  resident  Anita.S.  This was the  foundation for the  BIR PG PRIMER  course   which is a boon for the exam going post graduates from various parts of the country.

Vascular intervention being his field of interest, he has an endless list of papers presented in various national conferences. His paper on Embolotherapy and surgical management of Anthony Muthu syndrome at Tokyo International conference of thoracic and cardiovascular society needs special mention.


He left no stone unturned. With his keen interest in recent advances, he keeps exploring the field of MRI. He has an endless list of papers presented in 56th annual congress of IRIA .

He is excellent in planning, organising and conducting CMEs. He organised  Annual IRIA Congress in Madras – 1993, State annual conference IRIA in 1995, 2006, CME on MR imaging in Jan 2004. He kickstarted the annual ” BRACE”  CME  , which attracts hundreds of delegates all over India with international speakers .